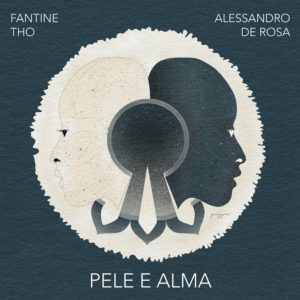 The album “Pele e Alma” is a musical journey through the human experience. A cosmic exploration of emotions, sensations and perceptions at the center of our being.

Composed of eight interconnected songs for a total of 70 minutes of music, “Pele e Alma” is the result of the collaboration between composer and producer Alessandro De Rosa and the activist, performer and songwriter twice platinum winner in Brazil, Fantine Tho. The album cover and all the illustrations are by Greta Desirèe Facchinato.

“Pele e Alma” is about two identities. Two voices. One destiny. She’s looking for him, but he’s looking for something he hasn’t found yet. Nature is the inspiration. Harmony is the goal.

Listen to the full album here.